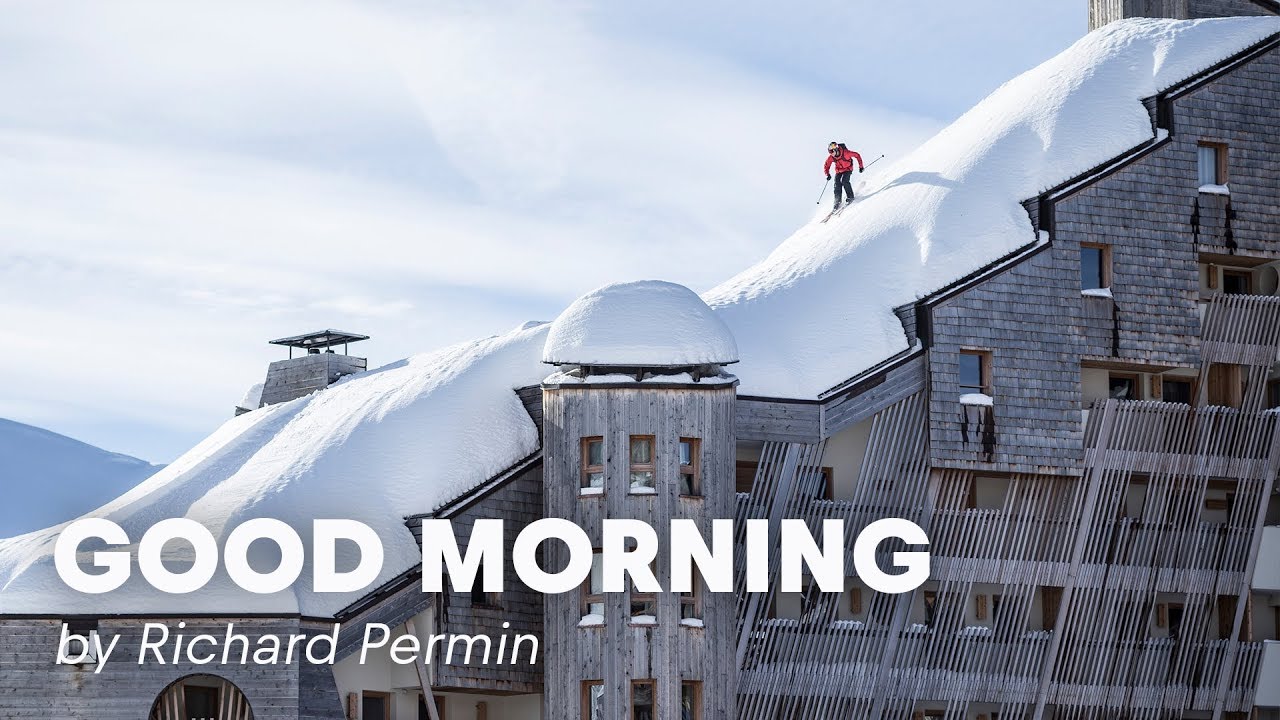 Certain days can be really original… They depend on where you live and what you do! Richard Permin’s everyday life for instance is definitely out of the ordinary. In Good Morning, his latest video project, Richard endlessly repeats his morning routine. Right after getting out of bed, he clicks into his skis and rides down the snow-covered rooftops of Avoriaz. Richard is throwing one backflip after another at a vertiginous height before executing insane tricks on the wooden facades and in the streets of the French ski resort.

This ambitious project was initiated three years ago, but in January 2016, Richard broke his two heels on a severe landing after jumping from one of the rooftops. After hundreds of hours of physical therapy, he’s making a spectacular come back among the elite of freeski, to complete this unfinished chapter of his athlete life.