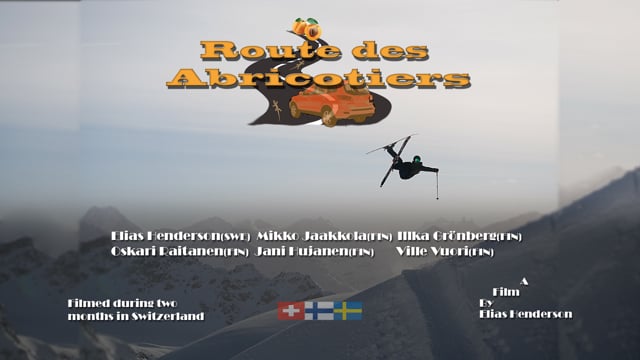 A skimovie filmed in the more unknow resorts/backountry of Switzerland. With a mixed crew from Sweden and Finland. The first longer production from Elias Henderson.

“They travel around on the Apricot road for two months discovering new resorts and hidden gems. On the way they find fresh snow and playfull terrain to express them selves, and try to get it all on film with a lot of mistakes and red wine in the process.”